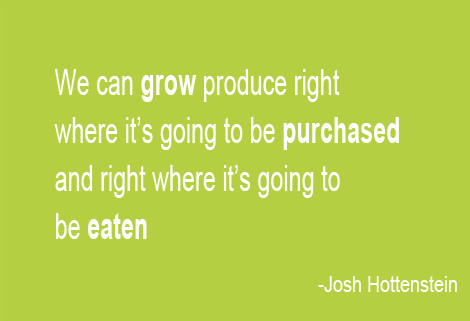 When it comes to Indoor Hydroponic Gardens, we can grow produce right where it’s going to be purchased and right where it’s going to be eaten. How cool is that! Imagine you walk into your kitchen and stroll on over to your custom wall-mounted hydroponics system designed by a local agricultural artist and start picking off some freshly grown, pesticide-free lettuce, herbs, and veggies for your lunchtime salad.

Nope, not a scene from Willy Wonka or a chapter from Ernest Callenbach’s, Ecotopia, this is happening now! Apparently, Indoor Hydroponic Gardens are more than just “a thing” or the current “trend”, it’s here to stay. Farm to fork “is” the way of the future. Big corporations that are making turn-key hydroponic systems for the local restaurant, office, or home are betting on it.

More and more people are introducing some type of hydroponic system into their restaurant, office, and home now more than ever. Manufacturers, Industrial Designers,  Architectural, agricultural, and landscape artists are beginning to re-think and redesign our current indoor hydroponic systems to become not just a source of food but an appliance or even a visual masterpiece inside our homes.

How does it work?

Learn More about how different hydroponic methods or techniques and how they work.

Where to grow your indoor hydroponic garden

Greenhouse, abandon warehouse, unused retail space, basement, garage, shed, back bedroom, grow tent, shipping container, trailer, and the list goes on. Wherever you have the space requirements to grow the type of veggies you want should work. The details would be in where you would get the water, lights and how to control the environment.  This holds true for the local farmers’ market and even the average hobbyist or do-it-yourself, hydroponics builder.

These solutions may even work for the local restaurant or food store. In fact, many high-end restaurants have a container farm parked out back to give you that super fresh farm to fork experience. Grocery stores are no exception, they have jumped on the train full force to grow an assortment of fresh vegetables either Uber locally, in a container farm outback, or right in the produce aisle of the store.

However, when it comes to the home, big corporations and designers are betting on your kitchen and dinette as your main area for your fresh veggies. They have a multitude of small to medium and even large refrigerator-like appliances staged and ready to be shipped and set up just when the market is ready for it.  Is it? I’m not so sure we are there just yet.

Farmers’ markets, homes, and hydroponics gardening are all the rage, especially with Covid 19 lingering on. So it’s probably only a matter of time before you’ll not only be calling your local pool and AC guys, but also your local hydroponics guy to come set up your systems for the summer!  The following are just a very few examples of the plethora of indoor installations out there.

Pros of growing your own indoor hydroponic garden

Cons of growing your own indoor hydroponic garden

The Future of Indoor Hydroponics

The future of indoor Hydroponics is grand! Indoor hydroponics is becoming more and more prevalent in today’s Covid 19 ridden world. More homes, offices, and restaurants are introducing installations for a hobby, visual effect, and food supply. The demand for design is growing exponentially. Designers are taking existing green wall technology and introducing it to the indoor garden world with some great success.

Hi there! I'm Penny a Marketing Guru turned Hydroponic Researcher and Farmer. For some time, I have been successfully growing & enjoying nutritious greens by applying hydroponic vertical farming technique. Now I want to share all the knowledge and skills I acquired through my many hours of research, experiments and mistakes so that maybe you don't have to.
PrevPrevious4 Popular Types of Fast Growing Hydroponic Lettuce and Tips to Grow Them
NextHydroponics SustainabilityNext