Aeroponics vs Hydroponics- A Fight in 3 Rounds 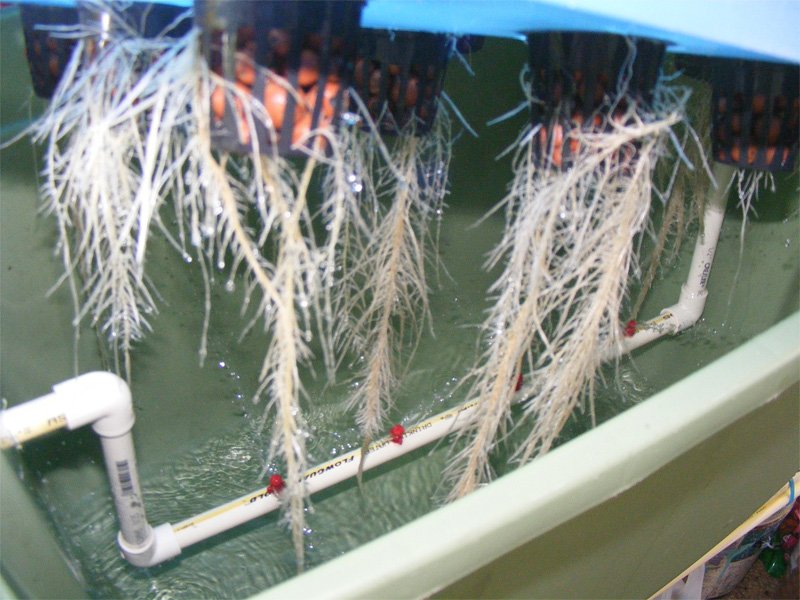 Fire, Earth, Air, Water… obviously totally separate “elements”, constantly fighting in a Pokemonesque rock paper scissors showdown.  Water, as you’ll guess from the GrowWithoutSoil title, not only beats Fire but Earth as well when fighting for the affections of plants’ roots.   But who wins in the title bout, Air or Water?  The result might surprise you!

The aeroponics vs hydroponics debate is interesting and brings a crowd every time.  The light, swiftness of aeroponics takes some extra setup time and doesn’t mentally satisfy as much as the totally surrounding hug of all of the water in traditional hydroponics.  And, what makes something aeroponics in the first place mystifies quite a few.  Well, don’t worry, we’re going to cover everything here and help you understand the “combatants” in this matchup as well as their special skills.

While we have our fun, I hope you’ll give aeroponics a second thought and really consider it for your next build.

Aeroponics Vs Hydroponics – The weigh-in

Before we ring the bell, I have to come clean about one fact.  Aeroponics is technically a form of hydroponics.  But, that being said, I know exactly what you mean and why you’re here.  There’s the standard, everyday, roots in water hydroponics and then there is… aeroponics. Aeroponics is just a different, perhaps more efficient, way to deliver that precious nutrient water to the plant’s roots.

Hydroponics has been the long-standing champ for thousands of years and has evolved to take many titles over the last one hundred years.

Aeroponics is an up-and-coming newcomer to the ring with e long list of valid reasons why it could be the new champion!

Aeroponics Vs Hydroponics – The staredown

Hydroponics has been working hard and upgrading and evolving into many different methods of hydroponics (including Aeroponics) and 11 different system design types over the last few hundred years.

Aeroponics is one of the newest methods of hydroponics that promises to be a solid performer. With huge AG companies like Aerofarms pounding millions of dollars into its R & D research over the last few years you can be sure Aeroponics will be a powerhouse for years to come!

Aeroponics Vs Hydroponics Round 1:  Water 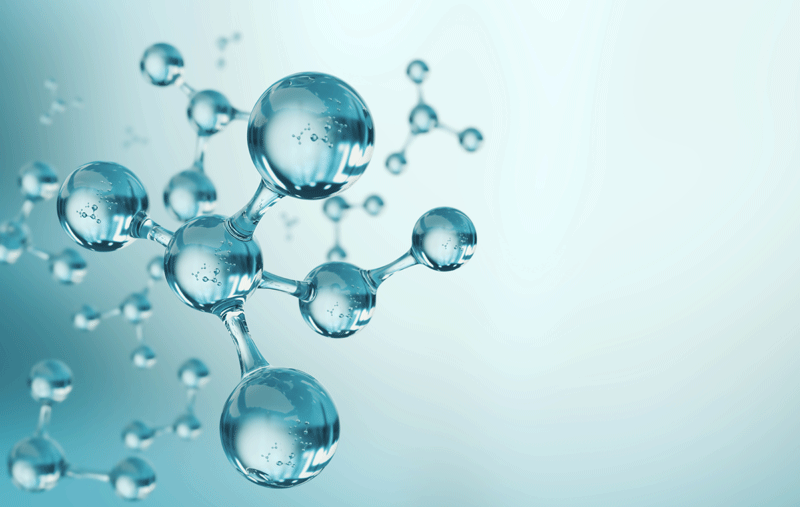 In the battle for water supremacy in an aeroponics vs hydroponics duel, hydro-ponics at large is sure to win, right?  It is in the name!  The reality might shock you a bit.

Body blow! It’s harder for the human body to digest larger meals right? Doctors are proclaiming to eat many smaller meals to get better digestion. It’s the same for plants. Smaller droplets of water sprayed directly on the plant roots allow for better water and nutrient uptake.

Research by NASA suggests that aeroponics can reduce water usage by up to 98% over traditional agriculture.  Awesome work!

Aeroponics vs Hydroponics Verdict:  Round 1 goes to Aeroponics because it saves a ton of water and promotes and allows for better nutrient uptake.

Aeroponics Vs Hydroponics Round 2:  Air 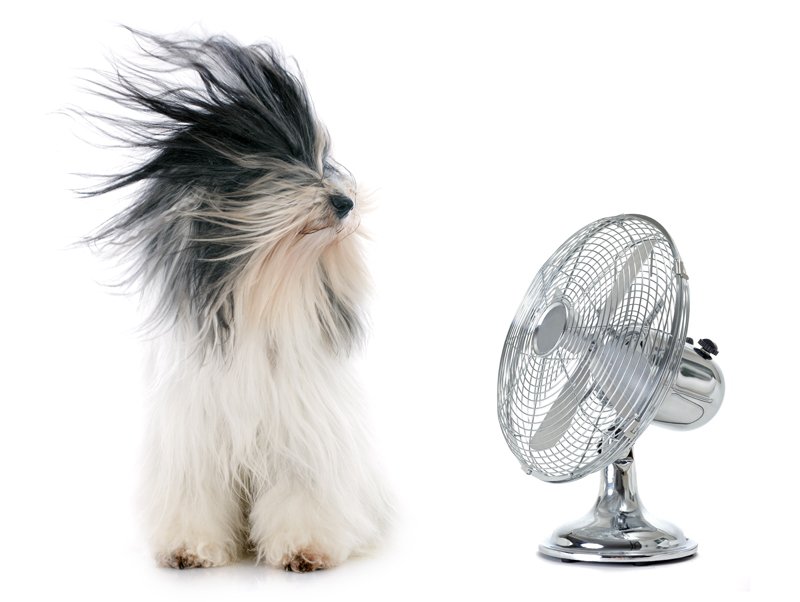 Upper cut!  Roots need air, despite being tucked away under the ground.  Despite the looks from our large eyes, the ground really is quite porous, allowing the roots to get much-needed air.  Rocks, granular bits of soil, and the tunnels of earthworms keep it all quite loose.  This is why hydroton is such a popular growth media in hydroculture/hydroponics – it is a lot like jumbo-sized soil!

If you’re looking to get your system pumped up for a fight, get spray nozzles and the air pump.  Let’s give each of them an up-close look:

Nozzles, mist makers, and misters make up the fundamental powers needed for aeroponics.  There are a variety of styles depending on your system design, but they all have the essential purpose of getting nutrient-enhanced water onto roots.  They can seem a bit daunting to work with at first, but they aren’t too complex to set up and often have adjustable and wide-angled tips to cover a lot of plants at once.

Air pumps, on the other hand, work in conjunction with air stones to add oxygen directly into the water that your plants’ roots will bathe in all day.  This rather simple solution has a major problem – noise, and lots of it!  While there are some really well-received air pumps on the market, the choice to have a system with one is often synonymous with the choice to have a system in your living quarters or one that is tucked off in a corner or even outdoors.

While traditional hydroponics has an easy solution to the problem of aeration, aeroponics just bathes the roots a fine mist of water mixed with air – and does so without a rumbling fuss. Give the quiet, almost rainforest-like sound made by nozzles a listen and you’ll be ready to try aeroponics for your next build. The mix of air and tiny water droplet spray is quite a magical mix. Research has proven that the plant roots will uptake the nutrients in the water more readily and efficiently when supplied in these smaller droplets directly to the roots. You can even set your water pump on a timer to water the roots for 5-10 mins every 20 mins or so to save energy while simultaneously allowing the roots to be exposed to even more air between waterings.

Aeroponics Vs Hydroponics Round 3:  Maintenance

Another common misconception when it comes to comparing aeroponics vs hydroponics is that it will take a lot more work to get an aeroponics system up and running.  Under closer inspection, however, the claim doesn’t hold any water.

With some simple hydroponics systems, you just throw a plant in a bucket with its roots in the water and it grows, right? (We’re looking at you, Kratky method users).  If you want something that punches a little harder ( and makes your plants grow faster) you can choose to use a better system.

With aeroponics their many mist sprayers that you have the option to use that adjust, tune, and angle.  You can design and build the whole thing yourself or purchase a pre-designed system.

So, here is the sucker punch! Aeroponics with all its benefits does require s little more maintenance. Those fine mist sprayers can occasionally get clogged and need which can be detrimental to the plants in the area of that spray nozzle if not caught in time. We recommend using an inline filter at all times with Aeroponics systems.

Don’t let fear of complexity scare you away.  Both standard hydroponics and aeroponics systems exist with a great variety in levels of complexity and availability.

Aeroponics vs Hydroponics Verdict:  Round 3 goes to the current champion hydroponics.  While aeroponics systems look complex, there are plenty of options available to make them work for you with ease. 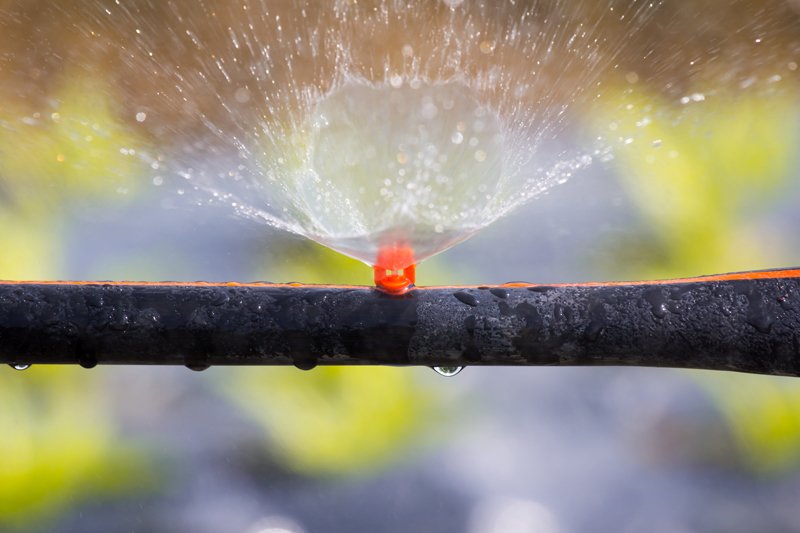 …and decision goes to?!!

Aeroponics- the winner and new champion!

While today’s aeroponics vs hydroponics fight highlighted the strengths of aeroponics, I know many of you probably started thinking about ways to up the training of the hydroponics team by adding more Oxygen into your traditional hydroponics systems.  This can be done in many ways, including by having the water in your system move in much the way that natural bodies of water get Oxygen by falling or dripping water, but the most effective will always be an air pump.  If you want one, be sure to check out our air pumps guide as well as the handy checklist you need to go through before making a purchase.

Aeroponics Explained: Everything You Need to Know

I'm Dani, I come from a long history of migrant farmers. In high school I wrote a paper about how my father brought us over the Texas border to give us a better life. During college, I worked part time with him in the farming industry. After receiving a degree in Urbanism from Columbia University, I started to realize how important the role of the food chain was to urban inner cities. I began studying different types of Indoor and vertical faming solutions. I started designing and building my own hydroponic systems and have never looked back.
PrevPreviousA Brief History of Hydroponics from 1000BC to present
NextNutrient Film Technique for the Hydroponically Obsessed!Next